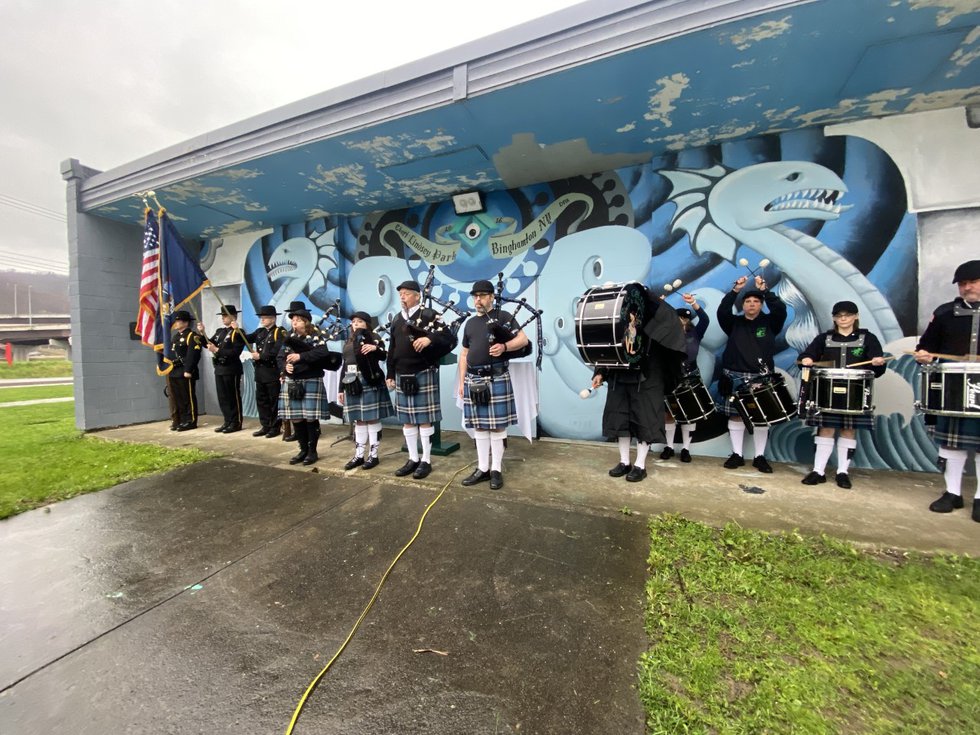 BINGHAMTON (WBNG) — In honor of National Crime Victims’ Rights Week, the Crime Victims Assistance Center hosted its annual “Tribute of Hope for Survivors” event on Tuesday, April 26, in commemoration of local victims and survivors of crime.

Executive Director Christine Battisti said that each year CVAC invites elected officials, community partners and families to come together to honor the lost in the community.

The event was held at Cheri A. Lindsey Memorial Park, named after a young Binghamton woman who lost her life in a violent crime more than 30 years ago. Cheri’s parents, who attended the event, were honored with a plaque for their commitment to the safety of children in Broome County. Mayor Jared Kraham shared a few words about the family.

“I want to recognize the Lindsey family,” Kraham said. “You are someone who embodies the courage and conviction of what this week really means. I can’t think of a more suitable location and message than Cheri Lindsey Park.”

Johnson City Police Chief Brent Dodge said that throughout his time in law enforcement, he has had a front row seat to the grief of loved ones and victims affected by crime. However, he said events like the Tribute of Hope for Survivors are important to help those who have been affected by crime.

“It’s great to be able to be a part of CVAC and know that they’re here to take these people by the hand and guide them through the process, through court dates, through financial help and all the services they offer. . It’s really valuable to the community,” Dodge said.

National Crime Victims’ Rights Week is celebrated April 24-30. The theme of the week is raising awareness of rights, access and equity for all victims of crime.