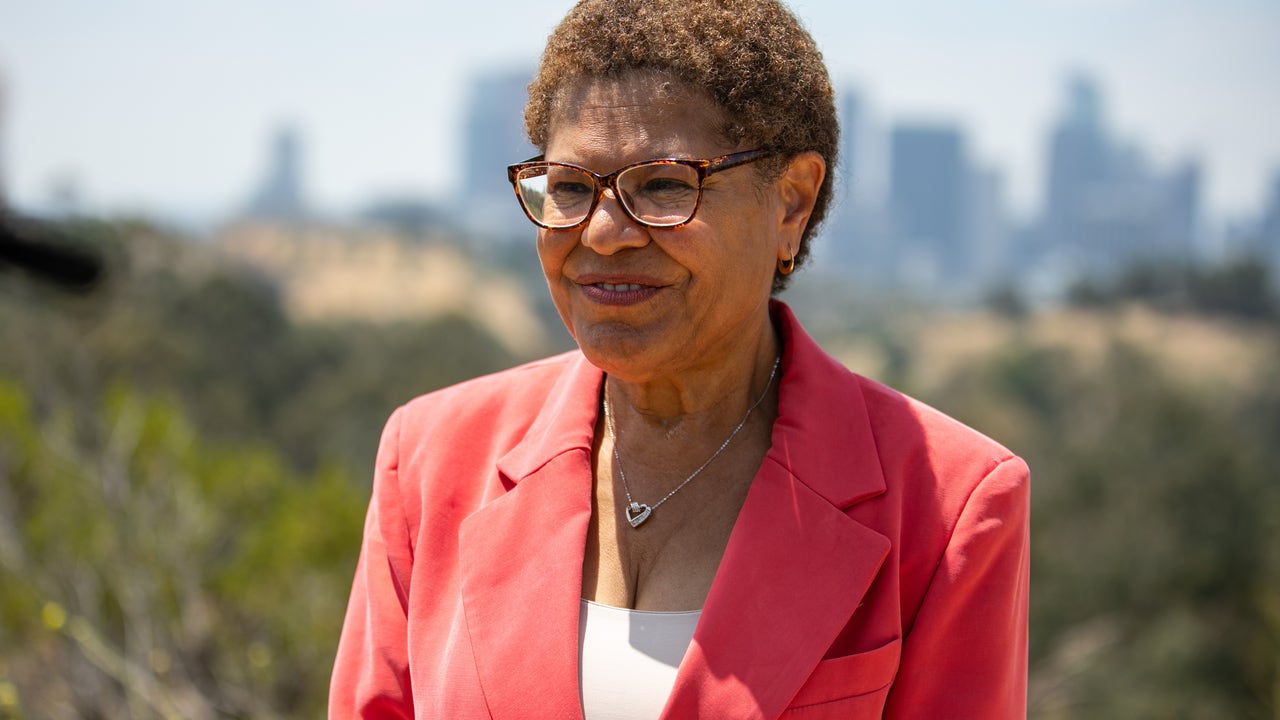 As we are days away from the highly anticipated June 7 primary, we are joined by Los Angeles Mayoral candidate Rep. Karen Bass and California Controller candidate Malia Cohen.

THE ANGELS – This week, after the tragic school shooting in Uvalde, Texas, gun control is back at the forefront of political discourse.

To discuss, Elex Michaelson is joined on “The Issue Is” by Congresswoman and Los Angeles Mayoral candidate Karen Bass (D-CA).

The two discuss state and federal gun control efforts, the NRA, and the GOP’s arguments around mental health, which Bass calls “bogus.”

Also on that June 7 ballot are Malia Cohen, a Democratic candidate for State Comptroller, and State Assemblyman Marc Levine, a Democrat challenging a Democratic incumbent for California Insurance Commissioner. Those two candidates also join Michaelson to discuss their respective careers.

The problem is: gun control

REP. BASS CENTER OUTPUT: “We have great gun laws here in California, but until we address this issue nationally, it’s very difficult for California to handle. Now, I support it 100% [Governor Newsom] Pass legislation that allows people to sue gun manufacturers, because we need to be clear about who really controls the NRA: It’s the gun manufacturers. Even gun owners support gun control…”

The problem is: police reform

REP. BASS CENTER OUTPUT: “Well, you know what? I am very grateful to the president for stepping up and doing this. But, you know, I think of my former colleague, John Lewis, who always said ‘find a way out no way’. So if he can’t do something legislatively, try another way. Senator Booker and I, as you mentioned, passed it in the House, I did my job, but it stalled in the Senate… So when it hit a wall, Senator Booker and I went to the White House and asked the administration, ‘please take our bill and do everything you can with an executive order.’ So the senator and I have worked with the White House over the last few months, and it was very nice to be able to go to the White House and see the president sign that, of course it was bittersweet because it was also the anniversary of [George Floyd’s] murder, but being there with his family and they were pleased that something was finally being done…”.

The problem is: the Los Angeles mayoral race

REP. BASS CENTER OUTPUT: “I think it just shows a flaw in our democracy, in the sense that if you have independent wealth, you don’t have any kind of responsibility, you can put as much money as you want into the campaign. If you run a normal race like I do, then I have to accountable and responsible for every dollar so to see somebody spend that kind of money I just think because it’s over $30 million I just think how many people could stay with that kind of money I just think of everything the good that could be done with that amount of money…”

Problem is: with Elex Michaelson is California’s only state political show. For hours and more information, go to TheIssueIsShow.com.