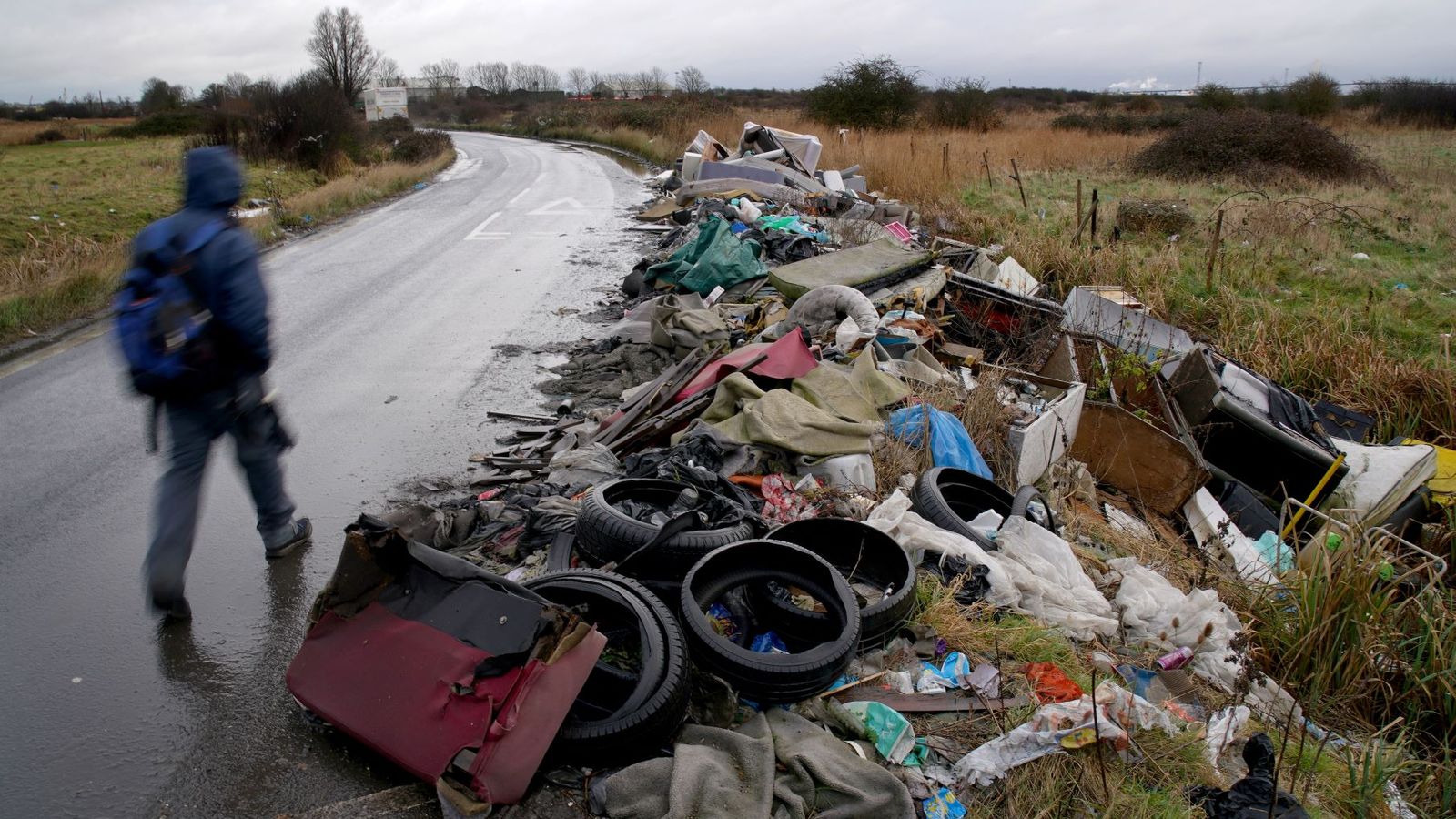 A new report says the government is fighting a losing battle against the threat and the latest figures show the reported number of complaints against it has exceeded one million.

Research by the National Audit Office (NAO) shows that the number of reported dumping incidents, most of which involve small vans full of household waste dumped on roads, has skyrocketed during the last decade, reaching more than 1.13 million in 2020/21. its clean-up cost the local authorities £11.6 million.

An increase in the landfill tax has seen a big drop in waste sent to landfills, but it has also increased the money criminals stand to make from illegal actions that evade the tax, such as illegal dumping, misdescribing waste and the creation of illegal waste sites

Efforts by the Department for Environment, Food and Rural Affairs (Defra) and the Environment Agency to tackle waste-related crime are hampered by a lack of data to assess the full scale of the problem, according to the NAO.

There are particular gaps in their understanding of how much hazardous waste is illegally exported and causes serious harm to the environment and human health in the countries to which it is shipped.

‘It’s not a victimless crime’

The report also said that while the Environment Agency receives government funding dedicated to combating the problem, many other organizations involved in the fight do not and have instead seen their budgets cut.

Responding to the inquiry, Meg Hillier MP, Chair of the Public Accounts Committee, said: “Waste crime is not a victimless crime. As well as being unsightly and polluting, it costs the economy nearly £1 billion. per year However, this may be only the tip of the iceberg.

“Waste-related crime is increasingly dominated by organized criminal gangs, but the Environment Agency is fighting a losing battle. With only £17m a year to spend on law enforcement, it is considered useless address breaches of the law and make criminals take charge.”

The number of times the Environment Agency has prosecuted organizations for waste-related offenses has fallen from a peak of almost 800 in 2007/08 to around 50 per year since 2017, the NAO reported.

The most common agency sanctions are issuing advice and sending warning letters.

Shadow Labor Secretary of State for Environment, Food and Rural Affairs Jim McMahon said: “This is a damning indictment of government negligence in tackling waste-related crime in England, freeing criminals and leaving a financial and environmental burden on our country.

Liberal Democrats accused the government of effectively “legalizing littering” and called for higher court fines to be put into a fund to crack down on criminals.

Lib Dem internal affairs spokesman Alistair Carmichael MP said: “It is outrageous that while the vast majority of people are following the rules, lawbreakers are profiting from this disgusting practice and getting away with it.”

However, Resources and Waste Minister Jo Churchill insisted that Defra is cracking down on waste-related crime.

“We are reforming the licensing system, introducing mandatory digital waste tracking, investing to tackle waste dumping and supporting people to do the right thing by disposing of their waste correctly,” he said.

The Environment Agency said earlier this month that it has created an “intelligence-driven, collaborative and high-tech” strategy focused on fighting the worst criminals.

While the agency reported a drop in the number of illegal dumping sites in recent years, it acknowledged that coronavirus lockdowns meant its officers had less ability to track them down.

NAO chief Gareth Davies said: “Defra and the Environment Agency agree that their data significantly underestimates the scale of some types of waste-related crime. Available evidence shows that waste-related crime waste is increasing and that organized criminals are getting more involved.

“The government must target resources effectively and understand what progress it is making towards its goal of eliminating waste-related crime by 2043.”