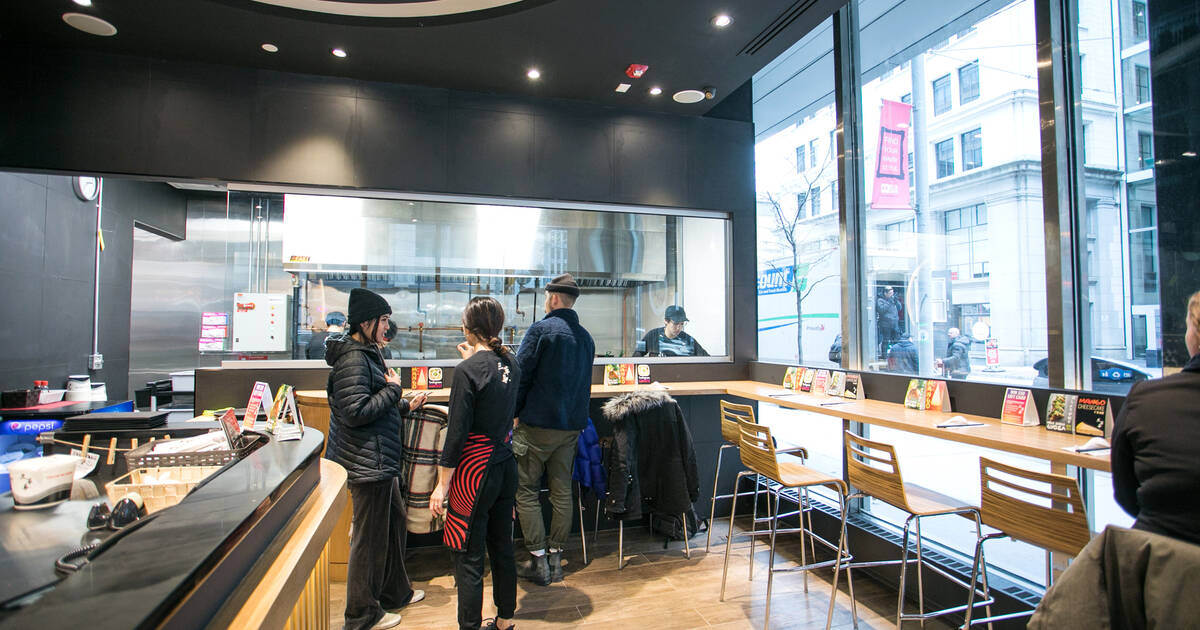 A Toronto restaurant is being accused of penalizing employees for being late in a thread on social media.

An Unddit thread began this week with a screenshot of a message that cropped out any identifying information.

“Anyone who’s late for work will deduct $5 from their tips and this will go towards the store’s ‘bubble tea’ fund,” reads the screenshot.

“However if you are late multiple times and the managers have [sic] informed you with ‘last warning,’ then this will be a different situation.” 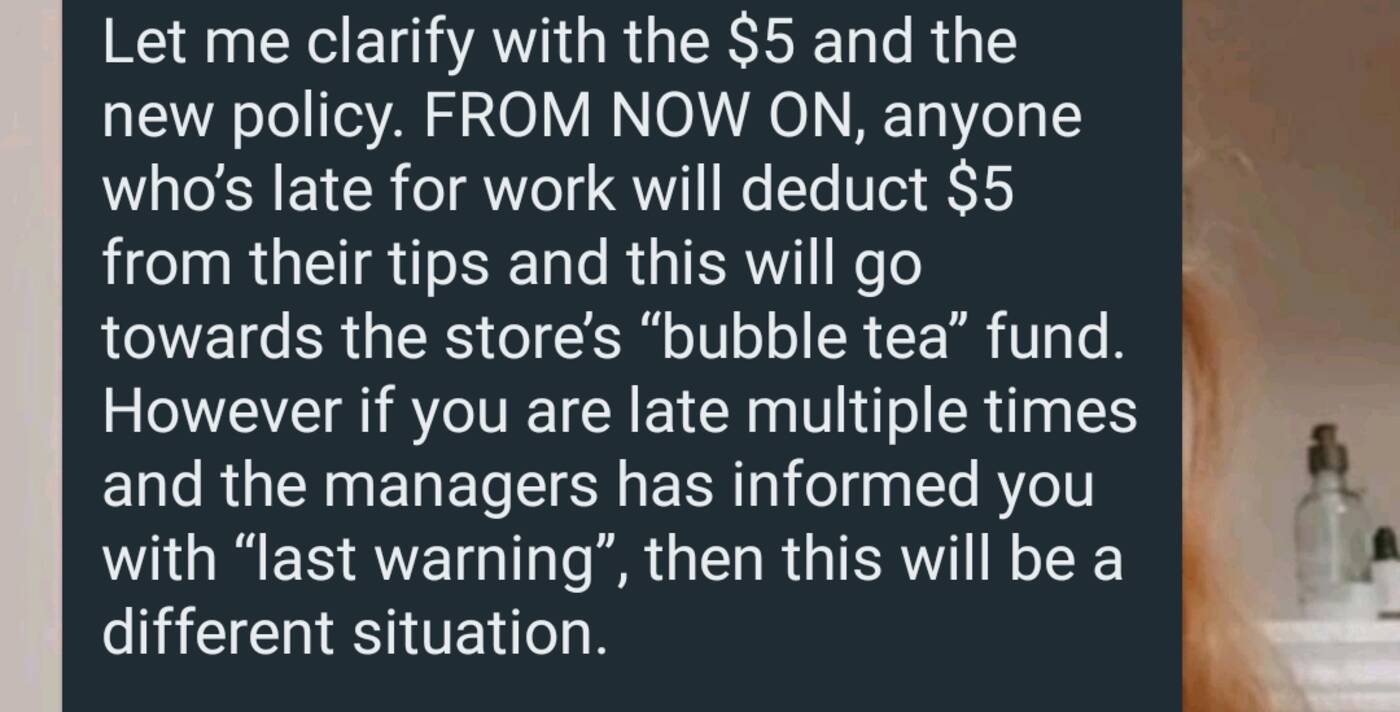 Screenshot of the message posted to Unddit.

People in the thread called for the original poster to “name and shame” the workplace being mentioned, and they said that it’s the 650 Yonge location of Sansotei Ramen.

The original poster later updated the thread saying this was “their response after I posted the links and stuff:”

“Sure, let me update the policy, let’s make it simple. We will have zero tolerance on attendance. Anyone who’s late one more time will be terminated. Thanks for your reference.”

When someone asked if there were seriously no exceptions for traffic, accidents, TTC delays or other issues, the original poster responded:

“They fired an amazing waiter with years of experience for coming in late a couple of times by 5 mins on an opening shift.”

When someone suggested the original poster find a new job, they responded, “Already have, starting a new job next week.”

Sansotei founder and president Michael Zhang tells blog TO that they are “totally aware” of the situation and that this kind of penalization and deduction is “definitely not, never has been and never will be company policy.”

He feels the reason for the issue was that new, inexperience management had been hired for the relaunched Yonge location, and that the lateness penalty is not company policy but did happen due to lack of experience.

Zhang says he will be “taking corrective action” to get “management trained, coached on this” and that the incident was “definitely inappropriate and unprofessional.”

He says management “did this out of frustration” and that it’s a “training opportunity for new management,” and that the corrective action he’ll be taking going forward is retraining management at that location.

“I’m positive this will never occur again and has never happened before,” says Zhang.