EXCLUSIVE: Tottenham and Arsenal are set to play their crucial north London derby 10 DAYS before the end of the season… with their rearranged clash on May 12 set to become a Champions League decider live on Sky Sports

By Sami Mokbel For Mailonline

The Premier League are set to confirm the potentially crucially north London derby will be played on May 12 – just 10 days before the final day of the season.

sportsmail exclusively revealed on Thursday that the game was due to take place on the week beginning May 9 – the penultimate week of the season.

And we can now report the game is virtually certain to be played on Thursday, May 12.

The game will be broadcast live on Sky Sports, who are hopeful of billing the crunch clash as a Champions Leaguer decider.

There are no European club fixtures scheduled for that week, meaning the match will almost certainly be the main focus which should serve to increase viewing figures.

As it stands, there appears to be every chance the game will be crucial towards deciding who qualifies for next season’s Champions League.

Tottenham overtook their arch rivals in fourth thanks to Sunday’s 5-1 win over Newcastle, but Arsenal can leapfrog Spurs with victory at Crystal Palace tonight.

Crucially, the Gunners have a game in hand.

The match will also have an extra edge amid developing tensions between the clubs after Arsenal were controversially given the go-ahead to postpone the original date on January 16 due to a Covid outbreak within their camp.

The decision infuriated Tottenham, who believed that the Gunners had just one come from Covid case – Martin Odegaard. 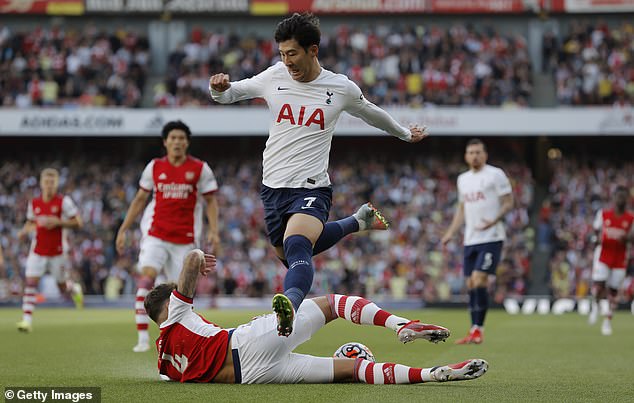 That friction intensified earlier this month after Spurs boss Antonio Conte was left frustrated by Arsenal boss Mikel Arteta’s complaint that his side were dealt a rough hand by the Premier League in terms of fixture scheduling.

I only want to remember [remind] Arteta [about] the game that we postponed – Tottenham v Arsenal, okay? Yes, if we speak about fair or unfair, okay, and, I stop,’ said Conte.