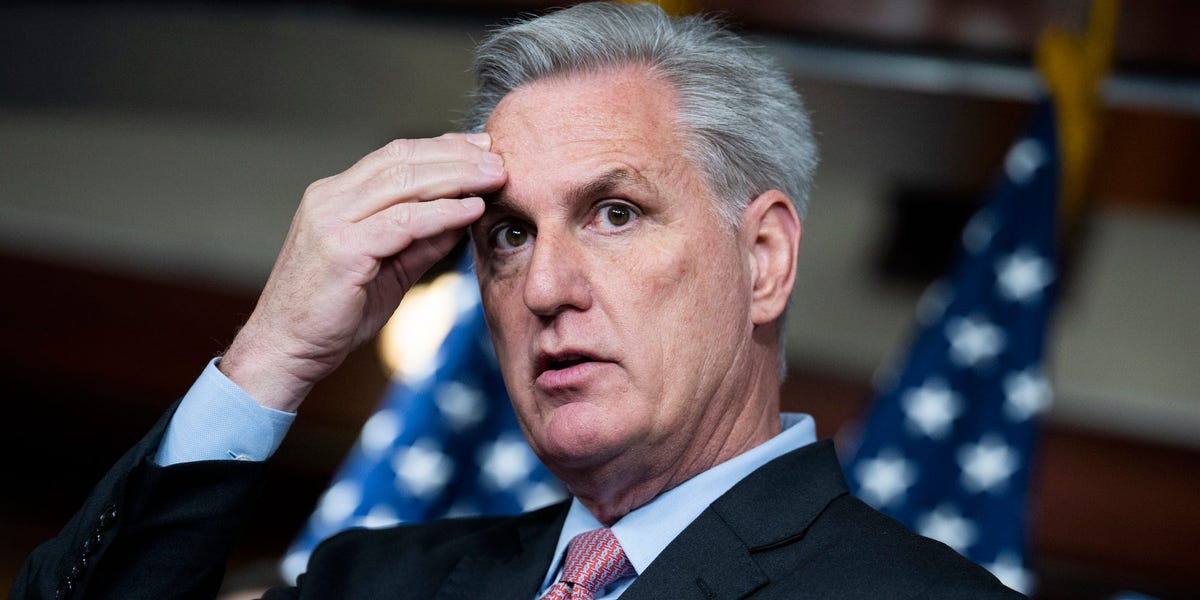 Carlson’s remarks came after The New York Times published an explosive report detailing how McCarthy was concerned about Republican lawmakers like Rep. Matt Gaetz and their potential to incite violence following the January 6 riots on Capitol Hill. .

The Times also highlighted how McCarthy, in leaked audio recordings obtained by the outlet, had pondered the possibility of censuring Republican lawmakers.

“Can’t they take away their Twitter accounts too?” McCarthy was heard saying in a call, likely referring to how former President Donald Trump was permanently banned from Twitter after the riots.

During his show Tuesday, Carlson criticized McCarthy because of what the legislator said on the call.

“Kevin McCarthy of California told his close friend, Liz Cheney, that he expected social media companies to censor the most conservative Republicans in Congress,” Carlson said, adding that Trump had been “silenced by those companies” for years. his presidency.

Carlson noted that McCarthy had also expressed a desire that “tech oligarchs” take more action to “force disobedient lawmakers off the Internet.”

Commenting on McCarthy’s suggestion to remove some games from Twitter, Carlson said: “Those are the words on tape from Congressman Kevin McCarthy, a man who privately sounds like an MSNBC contributor.”

The Fox News host also warned that McCarthy or “one of his highly liberal allies” would likely become the House speaker if conservatives don’t “get down to business immediately.”

“And that would mean we will have a Republican Congress run by a Democratic Party stooge,” Carlson added.

Last week, The Times reported that McCarthy had told Republican members of the House that he planned to ask Trump to resign after the unrest on Capitol Hill. McCarthy had previously denied making those comments, both in response to multiple media outlets and in a statement posted on his Twitter account.