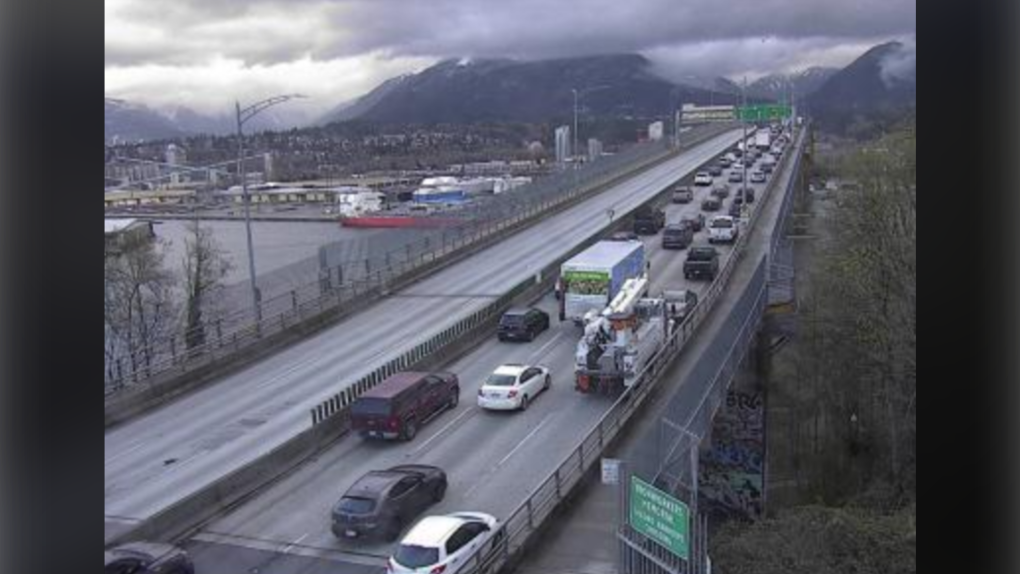 Four protesters were taken into custody following a protest that blocked a major route through Metro Vancouver during the morning commute.

Vancouver police said the protesters “are being taken to jail and will face multiple charges related to mischief and blocking the highway” following the stunt on Monday.

The demonstration blocked lanes of the Ironworkers Memorial Bridge on the Trans-Canada Highway during rush hour.

The lanes reopened at around 8:30 am, but still, the Transportation Ministry warned drivers to expect delays due to congestion. At one point there were lanes blocked in both directions, so the backlog of traffic may take some time to clear.

The protest was by a group calling itself Save Old Growth. The group has been behind several such efforts in Metro Vancouver, including instances where protesters superglued their hands to Highway 1.

In a brief email to CTV News, a member of the group said one arrest had been made Monday morning during the protest, and that in this case too, someone is “glued to the highway.”

According to Save Old Growth, this is its “second iteration of disruptive action,” after a break following several protests earlier in the year.

The group said it plans to block the Trans-Canada Highway at various locations multiple times a week.

Save Old Growth is calling for an end to logging of old growth forests in British Columbia through legislative changes. It says the campaign will continue through April unless the provincial government vows to introduce legislation to end the registration.

The group is working with other movements around the world in what it calls an “unprecedented level of nonviolent disruption to halt the climate and ecological emergency in the coming weeks.”