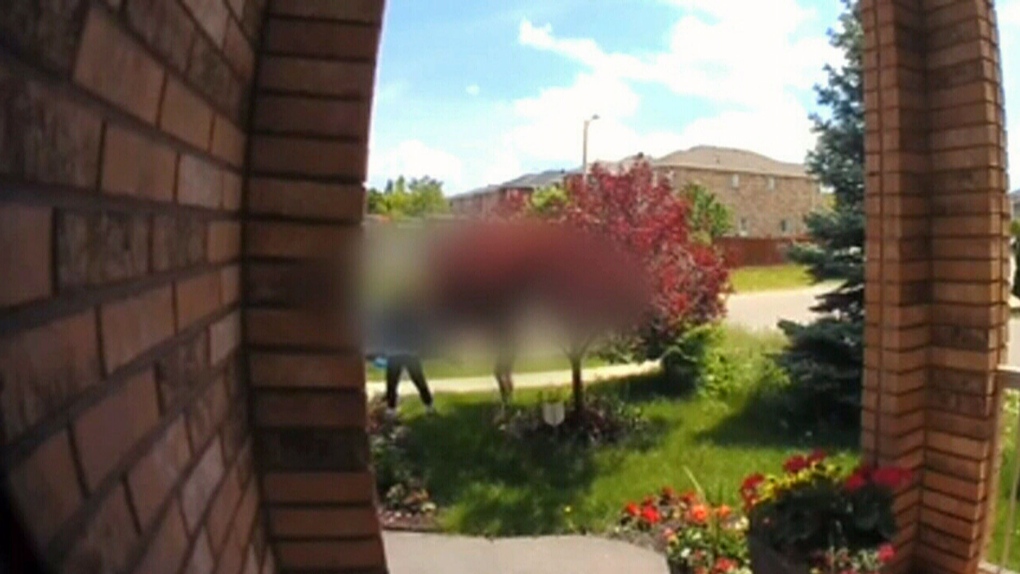 Video captured by a doorbell camera shows the terrifying moments when a victim was confronted by two suspects in the latest GTA armed carjacking.

The robbery occurred in a residential area in Vaughan Tuesday afternoon, seconds after the victim pulled into her driveway.

Shortly before 1:10 p.m., police responded to reports of a carjacking on Purcell Crescent, near Keele Street and Major MacKenzie Drive.

In the video, the victim is seen backing into his front yard as the suspects confront him. One of them turns around for some reason and walks away from the shot while the other walks menacingly towards the victim.

No weapons can be seen in the video, but the victim, who did not want to be named, told CTV News that she saw two guns.

A demand for keys and a wallet can be heard before the suspects walk away from the victim.

One of the suspects then drives away in a Honda Civic.

The victim then watches helplessly from her front yard as the other suspect gets into his black Audi SUV and speeds away with his car and wallet.

The victim believes the suspect followed him home, police said.

Police describe the suspects as black men in their 20s.

There have been a number of reported carjackings in the GTA in recent weeks, including an incident in which Toronto Maple Leafs forward Mitch Marner had his Range Rover stolen at gunpoint in Etobicoke.

– With a report by John Musselman of CTV Toronto