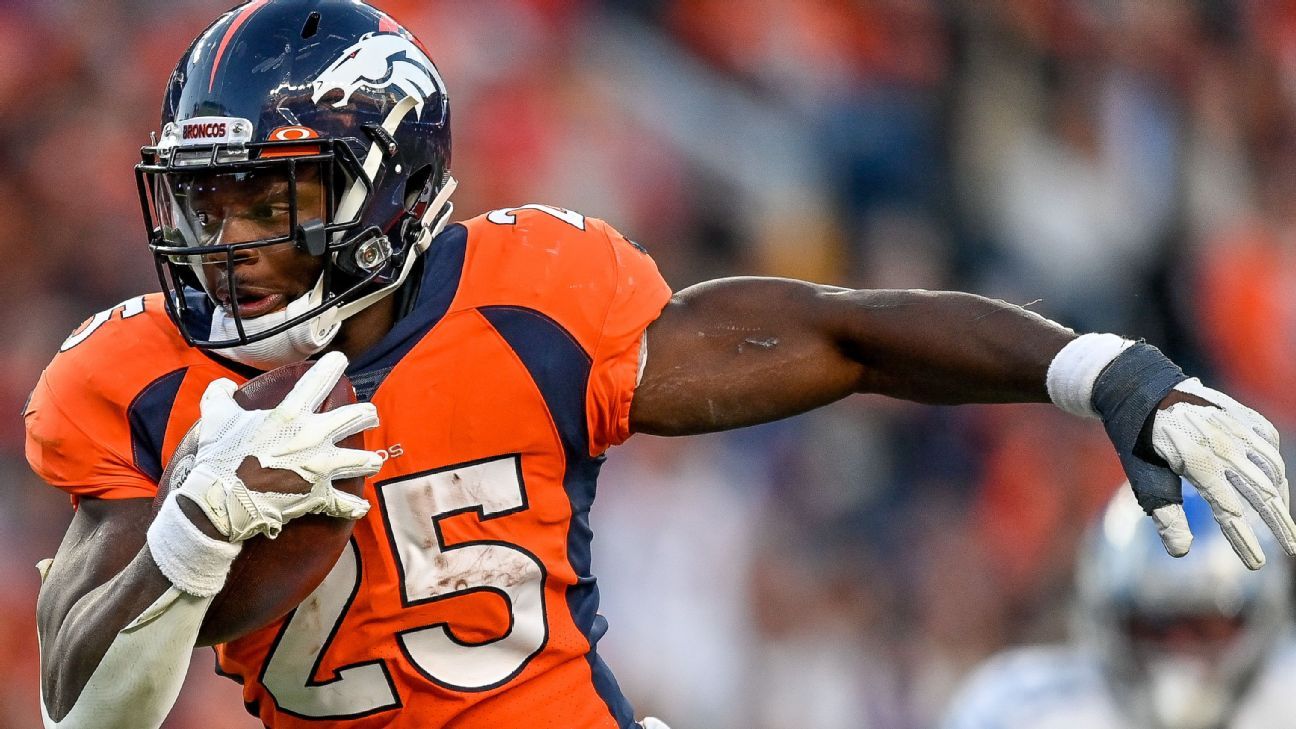 ENGLEWOOD, Colo. — Denver Broncos general manager George Paton said “the door is open” for some of the team’s free agents to return to the team, even more than a month after free agency.

On Tuesday night, running back Melvin Gordon III agreed to walk through that door. The 29-year-old eight-year veteran has agreed to terms of a one-year deal to return to the Broncos in a package that includes performance incentives.

Gordon is the third unrestricted free agent to re-sign with the Broncos to a one-year deal in recent weeks, joining safety Kareem Jackson and defensive tackle DeShawn Williams. The terms of the contract were first reported by NFL reporter Jordan Schultz.

The veteran’s return, just days before the NFL draft, indicates that he knows he will share carries with Javonte Williams again. He also shows that the Broncos don’t think enough help can be found at that position in this weekend’s draft. As a result, the Broncos are expected to open the season with the same three running backs as last year: Williams, Gordon and Mike Boone.

To signal the move Tuesday night, Denver tweeted a postgame photo of Gordon with quarterback Russell Wilson when the latter was with the Seattle Seahawks. Now, of course, they will be fieldmates.

Williams, who was the Broncos’ second-round pick in the 2021 draft and was named to the league’s All Rookie team after the season, was asked after Tuesday’s minicamp practice about the possibility that Gordon would return to the team if Gordon didn’t get a better offer elsewhere later in free agency.

“I’ve been talking to Mel lately, seeing how he’s doing and what he’s been up to,” Williams said. “Whatever (general manager) George (Paton) has planned, I’m ready. If I have to split the carries, or if I’m the starter, it doesn’t matter. Whatever it is, I’m just trying to win.” the Super Bowl.”

Gordon had said as last season drew to a close that he believed Williams had the chops to be the best running back on the team, and so Gordon hoped to find a situation where he could be the unquestioned number one option in the running game of a offensive.

Last season, Gordon and Williams each had 203 carries and Gordon led the team with 918 rushing yards to Williams’ 903 yards. Gordon battled hip, shoulder and thumb injuries down the stretch, but missed only one game last season: the Broncos’ Week 13 loss to the Kansas City Chiefs.

First-year coach Nathaniel Hackett has said he likes what he’s seen from Williams, as well as Williams’ potential as a lead rusher. But Hackett also said when he opened minicamp Monday that he wants depth at the position.

From the moment Gordon signed a two-year, $16 million deal with the Denver Broncos before the 2020 season, he always seemed to be the target of criticism from the team faithful no matter how he performed. He has led the Broncos in rushing in each of the past two seasons and has scored 20 touchdowns in 31 games.

But when asked about the potential of leaving in free agency when last season ended, Gordon added:

“Hell yeah, I’m thinking about it. I’d love to be here. I don’t think a lot of people want me here, fan-wise. I want to be here. I’ve been seeing a lot of stuff.” And I get it. I understand. But I love being here. I love the guys here. I would love to be here. Regardless of the hate right now. I think it’s mainly due to fantasy. Fantasy football kind of draws people in. tight in the back.”

In 2020, he was considered by many to be the veteran most responsible for taking the carries away from Phillip Lindsay, a Denver South High School graduate and fan favorite. And last season, it was Williams who some fans wanted to see carry the ball the most.

But Gordon has persevered. He has rushed for 6,144 yards and 53 touchdowns and has 284 receptions for 2,244 yards and 14 touchdowns in seven seasons.