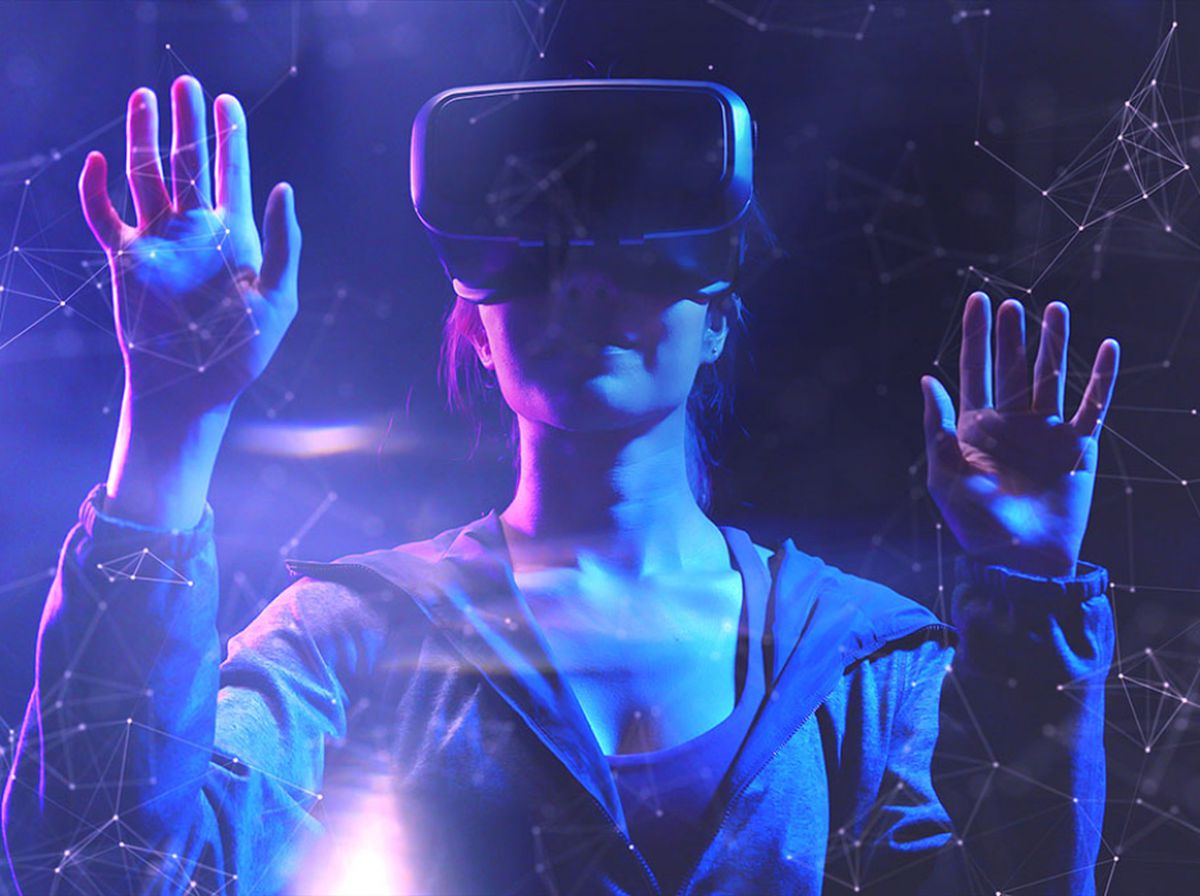 In a scene from the first season of the TV show upload, Ingrid tells her boyfriend Nathan that she wants to take their relationship to the next step and has bought a “sex suit.” To provide some context, Nathan is dead and he has been uploaded to a kind of luxury digital resort, where he lives as an avatar. People in the real world, like his girlfriend, can visit him by putting on virtual reality (VR) glasses.

But if a visitor wants to do more than just chat, things get more complicated. In the metaverse, Ingrid and Nathan may be together in bed. But in the real world, Ingrid is actually in the bathtub, wearing VR glasses and dressed in a sex suit: a large, bulky kind of scuba outfit, which we assume is filled with sensors and haptic technology. It’s all pretty ridiculous.

The first season of the show came out in 2020, more than a year before Facebook founder Mark Zuckerberg changed the name of his company to Meta and announced with a great ceremony that he was working on building his own metaverse.

In the video of the announcement of Zuckerberg’s metaverse, various avatars are seen doing things like going to a concert and talking with one another. Each of these avatars is a real person in their home, wearing VR glasses by Oculus, the brand owned by Meta. By entering the metaverse, they can interact with others as though they were in the same space.

But how far can this interaction go? Will sex be possible in the metaverse, and if so, how?

Right now, it’s not possible to have sex in the metaverse as we know it in the real world. But it is already a part of the online world in a different way. Well before Meta, there was Second Life, an online game founded in 2003 where users can interact with others in a parallel world. And according to the stories, it also includes many spaces where users can express and experiment with their sexual fantasies via their avatars.

Second Life, however, is not VR, but rather a world experienced through a computer screen. There is not the same sense of immersion, and users in search of sexual pleasure are limited to chat, audio and watching their avatars.

In other words, the company’s NFT vibrators right now are no more than decorative objects. But Escudero believes that this is changing. “Research is underway to develop artificial skin, which when placed on our skin, will allow us to feel what is happening in virtual reality. There are also many well-known dating sites that are working on developing social interactivity, which could change the way in which we relate to one another in the future,” she says. “In this context, we can hope that sexual pleasure will be able to be experienced in the virtual world, although we are still far from this point.”

Research is underway to develop artificial skin, which when placed on our skin, will allow us to feel what is happening in virtual reality

It’s also important to understand that the metaverse and VR are not the same thing, says Laura Raya, the head of the Virtual Reality postgraduate program at the University Center for Technology and Digital Art (U-Tad) in Madrid. While VR is a “technology that creates immersive virtual contexts,” a metaverse is a parallel virtual world that doesn’t necessarily require VR glasses to be accessed, although the experience is more limited without them.

“In virtual reality pornography, the interaction between avatars doesn’t have to be limited to the virtual, but could also include other sensory channels such as virtual touch, kinesthesia and virtual smell,” says Raya. “This could offer a virtual experience that is more interactive and realistic, giving the user a greater sense of presence.”

Another issue is whether sex will even be allowed in the metaverse. Given Facebook and Instagram’s aversion to any content considered the least bit sexual such as a woman’s nipples or artworks of female nudes, sexual relations – even if technologically possible – may be off-limits.

For sexologist Ángela Aznárez, this would be to the detriment of new sexual experiences. “I think they [metaverses] are spaces that could promote having new and different experiences than the usual, and that could be especially interesting in recreating fantasies that you do not want to live out in real life,” she explains.

But there is also the danger of sexual harassment. In an article posted on Medium, journalist Nina Jane Patel describes how her avatar of ella was “gang raped” within just 60 seconds of joining Meta’s VR social platform Venues.

“I was verbally and sexually harassed – three to four male avatars, with male voices, essentially, but virtually gang raped my avatar and took photos – as I tried to get away they yelled – ‘don’t pretend you didn’t love it ‘and go rub yourself off to the photo,’” she writes.

Raya says that regulation is needed to prevent such attacks. “Allowing differing types of sexual actions without control could lead to sexual abuse in the metaverse, which has a high psychological impact on the real user,” she warns.

In other words, while sex as we know it is still a long way off in the metaverse, sexual harassment is already here.