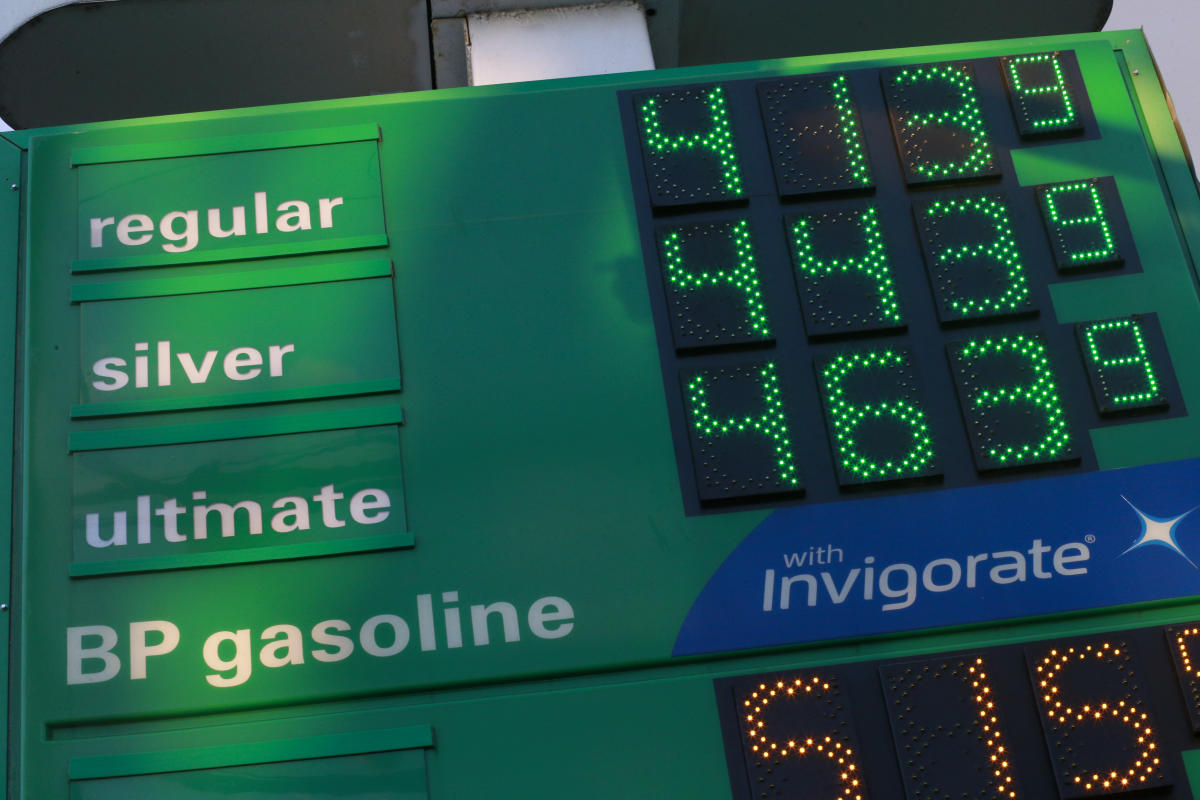 Expect to see the average cost of gasoline hit $5 per gallon by the peak driving season if the Russia-Ukraine conflict isn’t resolved soon, says one strategist.

“If the situation in Russia/Ukraine remains like this, oil prices are going to remain probably [at] $100+,” Prosper Trading Academy CEO Scott Bauer told Yahoo Finance Live on Monday.

“We’re coming up to the busiest demand—the peak—coming up to summer time,” he added. “If the tensions stay like this, I think you’re going to see $5 a gallon easily in peak demand by Memorial Day.”

The average cost of gasoline in the US is currently $4.25, according to AAA. States like California have already seen prices top $6.

“In the short run, it does put a ding in the amount that China is going to export,” said Bauer. “But I think it is very, very short sighted, for people to think this is going to last a very long time, or really impact the oil market further than maybe 30 or 60 days down the road,” said Bauer.

“I’m not saying oil can’t go down lower here, especially if we get some positive news coming out of Russia/Ukraine,” he added. “But in terms of just the lockdowns, I think this selloff is a bit overdone.”

“To me, it’s not what happens in China, it’s really all centered around what is happening in Russia/Ukraine,” he added.

On Tuesday oil prices retreated by more than 4% amid continued talks between Russia and Ukraine. Optimism over a peace deal sent commodities lower.

Oil prices were on the rise prior to the start of the Russia-Ukraine war in late February. The invasion sent crude prices above $100/barrel amid Western sanctions against Moscow and what analysts call a “de facto ban” on Russian crude.

Read the latest financial and business news from Yahoo Finance