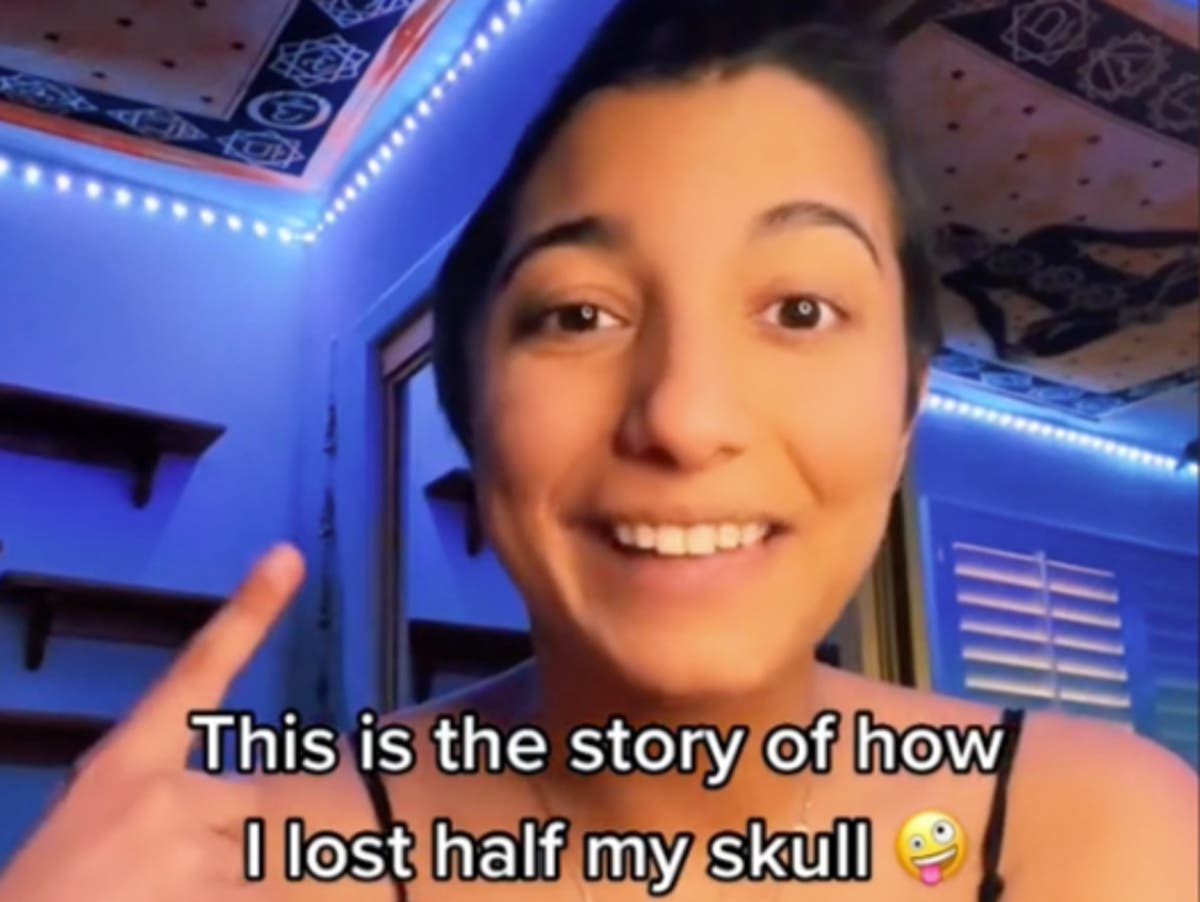 A martial arts instructor was left with half her skull after emergency surgery to save her life from a sinus infection that spread around her brain.

Natasha Gunther, 25, of San Francisco had to have 5.5 inches (14cm) of bone removed to stop a mass pushing against her brain.

Having originally complained of cold-like symptoms and what she thought was a mild infection, doctors told her without the surgery she could be dead in a week.

She has since posted about her condition and surgery on TikTok as a warning to others to get checked out if they have similar symptoms and to chart her progress towards having her skull replaced.

In late 2021 Ms Gunther complained of a stuffy nose and blocked sinuses, but believed she had picked up a cold from her frequent work with children. It was her fifth or sixth sinus infection from her that year.

Having been treated with antibiotics, she became concerned when her health did not improve.

By December she was suffering from migraines and vomiting and her family convinced her to get a brain scan.

On 12 December the scan revealed a mass inside her skull and surgery was immediately required to relieve the pressure on the right side of her head by removing and replacing a small piece of skull.

She was then booked in for a full craniectomy on 23 December to have the right side of her skull removed.

Doctors have saved the skull bone removed during the surgery and it is being stored in a freezer until an operation in the next month or do to replace it within her head.

She spent five weeks in hospital and also had two rounds of surgery on her sinuses.

Ms Gunther said: “I usually suffered from one sinus infection per year but last year, I got more than that.”

“As most people who get sinus infections will know, you don’t think anything of them and neither did my usual doctor. I teach martial arts to kids so I’m used to getting colds,” she continued.

“Surgeons told me I would have been dead within a week if I hadn’t gone to the hospital when I did,” Ms Gunter added.

Ms Gunther remains upbeat in her TikTok videos and says that her life is very different from before.

Joao, her boyfriend and also a martial arts instructor, has been helping her with physical therapy to get her energy back after lying in a hospital bed for so long. She also required speech therapy twice a week to learn how to speak again.

Her martial arts career will also be impacted in the long term as she will no longer be able to do certain moves ever again, such as grappling, as they will be too risky.

Ms Gunther warns people to go see an ear, nose, and throat specialist if they have repetitive sinus problems and not to rely solely on their primary care doctor or general practitioner.